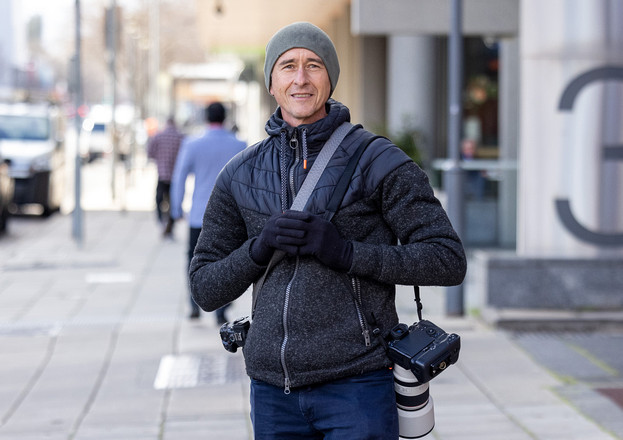 For two decades David has worked on the frontline of media and news and sport, and developed a business that extends across corporate work, annual reports, specialist magazines, portraiture, sports, arts, public relations, marketing materials and specialised events.

Born and raised in Melbourne, David was given a Kodak Instamatic camera as a child, which ignited a life time passion for photography. His fascination developed into candid and street photography which led to assignments for various companies and media organisations in Melbourne and later Sydney, including high-level magazine and feature work for the Sydney Morning Herald and the Financial Review, and the Australian. David further honed his photographic skills as an assistant in a large commercial advertising agency and studio. Now based in Adelaide with his family, David’s work spans the media, sport, finance and the arts along with corporate, public relations and advertising photography. His clients include law firms, design studios, agencies, wineries, defence industry and mining companies and government departments. David works anywhere, including assignments on location in the Middle East as well as China and the Pacific and his work has been published in the UK, Ireland and the USA , and in numerous media outlets, books, online, and in newspapers and magazine. He is experienced and versatile and adapts quickly to situations, including capturing iconic images that went around Australia and the world during the Kangaroo island bushfires.

He understands deadline, gets along well with people and gives his clients what they want, when they want it. “the pressure is always on clients are extremely busy, so I try and make EVERY session as smooth and pleasant as possible”.

He is skilled at extracting the most from a situation and he always aims to exceed expectations, finding the moment that brings relevance and meaning.

He has an instinct for capturing people and images at the instant when they reveal something greater about themselves and their situation and he is exceptional skilled at light and composition. “It’s like a little story for me, framing a moment in an image,” he says.

David was named the AIPP SA Editorial Photographer of the Year in 2005 and 2006.