Rafael NADAL (ESP) celebrates winning the mens Singles final of the Australian Open on Rod Laver Arena at Melbourne Park in Melbourne on Sunday, January 30, 2022. After a long five sets it was an epic game by a hot and bothered Rafa to come from behind and overpower his younger opponent. An amazing way to wrap up a controversial tournament and in the end we the the sports fans are the winners. 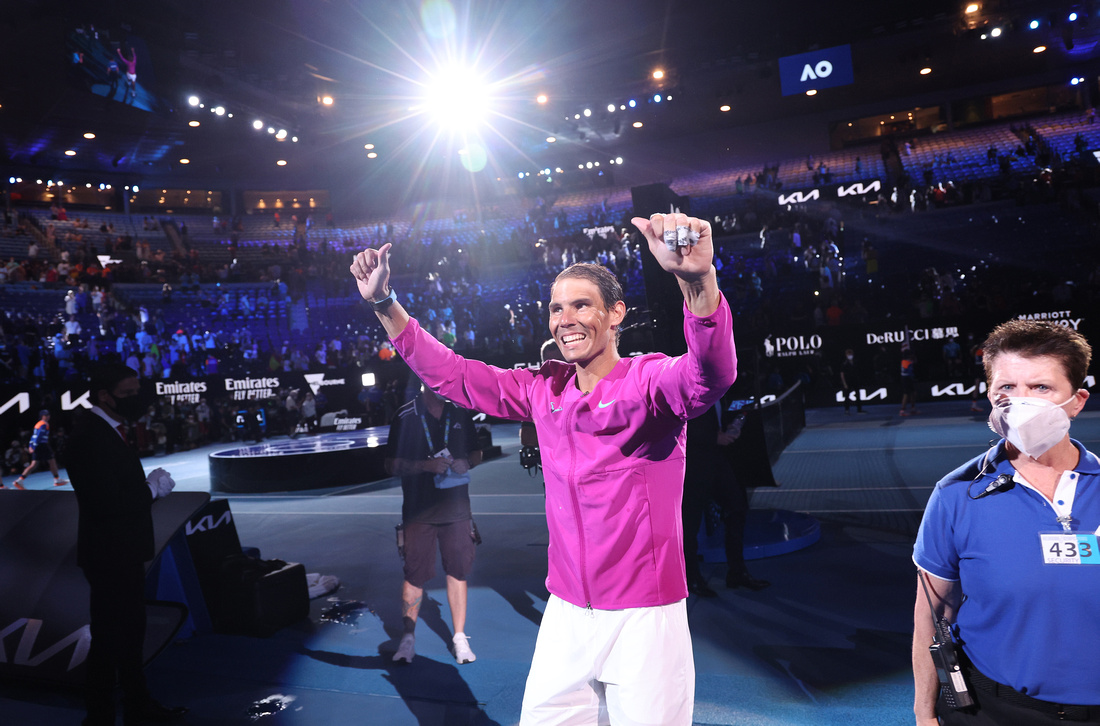